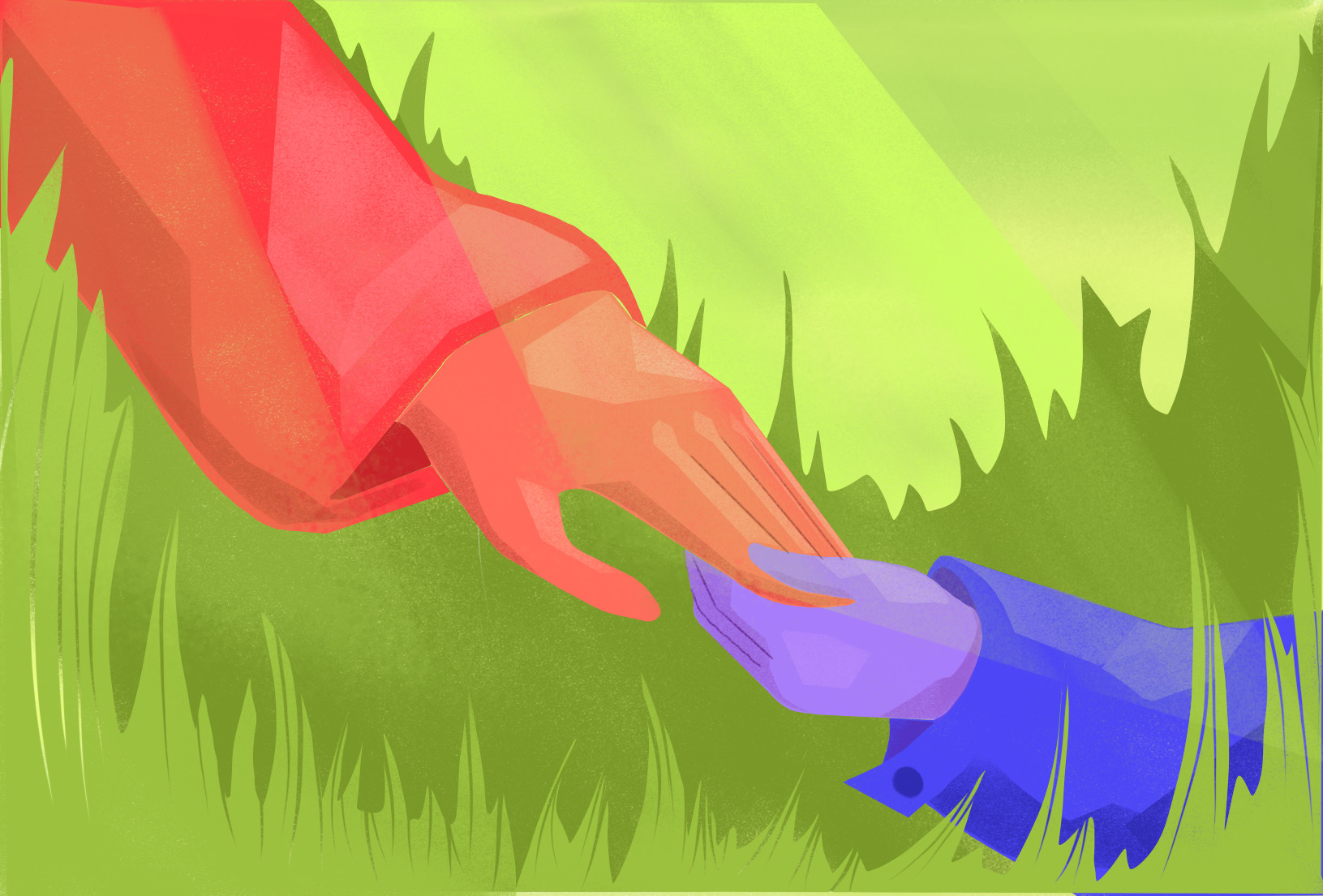 “We have to be the people we want our daughter to be”
When I first got to Sheridan, I was wound super tight—I was not used to admitting any vulnerability. I hadn’t socialized a lot when I was a teenager, and when I was young I was already focused on setting up my career, getting into academia.

So when I started my PhD, I had this delayed teenage angst phase. I’d never really been in love before. Then I fell into the age-old trap: I fell in love with a guy who had a lot of demons. And I started trying to transform myself into what I thought he wanted, which was a tortured soul. When we broke up, I just sort of stopped eating. Everybody kept telling me how great I looked, and giving me all this positive feedback. When I met my husband, it was a big turning point for me, and I said: this is unhealthy.

When I became a Program Coordinator at Sheridan, Stephanie Samboo gave me the book The Gifts of Imperfection by Brené Brown. Now, to give a book with that title to a perfectionist—of course that feels like an attack. But she was clear that wasn’t the intent. I went home and read it, and after I got over my initial shock, I had a lot of realizations about what I was trying to cover up and hide. It shook the foundations of my personal life.

Things got worse before they got better. I had to have some uncomfortable conversations with my family. For a while, we weren’t on great terms. But there were people in my life who had done a lot of damage to my self-esteem, and I had to tell them: “This is what you did, and this is how it hurt me.” I didn’t need an apology; just needed them to hear it. And the relationships that recovered from that process have been stronger than ever. There’s been a sort of ripple-effect: I gave all my Brené Brown books to my mother, and she’s the one who will warn me now if she thinks I’m in a “shame storm.” I also annotated the book I was given and put it in a hope chest for my daughter.

In our house, we have strict rules now: we don’t talk about bodies. We don’t talk about what people eat beyond the desire to be healthy. I have to reframe how I talk to myself, so that my perfectionism doesn’t get passed down through my own habits. Because ultimately, eating disorders are their own kind of perfectionism. My husband and I always say: we have to be the people we want our daughter to be.

Changing my outlook also influenced my teaching practice. We have to remember the students are all struggling with things—and if they’re in a storm, I tell myself I would rather be the life preserver than the anchor. So that’s how I think of my role. Everyone is more comfortable being vulnerable with someone who is vulnerable themselves.

Being vulnerable as a teacher is hard! When I started teaching I was only 23, so there were people in the room who were older than I was. I remember in Communication Foundations class I had to teach the active and passive voice. The students just were not getting it. I thought: this is the moment—this is the imposter moment, when they all realize that I’m not supposed to be here, at the front of the room.

And then I just stopped. I thought, I’m not going to panic—I’m just going to stop for a moment and think. I stood in the middle of the room, staring at the whiteboard; I was silent for maybe a full minute. I let them watch me not know yet. And then I said “Okay guys, isolate the first verb. Who is doing that verb? That’s the subject. If the subject is in the back, it's passive. If it's in front, it's active.”

And all together, they went: “Oooh!” I watched the lights come on in their eyes. And I thought: I can do this. This is what I’m meant to do.

(Photo provided by the interviewee)
Last StoryBack to Map Next Story