“I looked in the mirror and I didn’t recognize my own face;
I hadn’t been present for 30 years.” 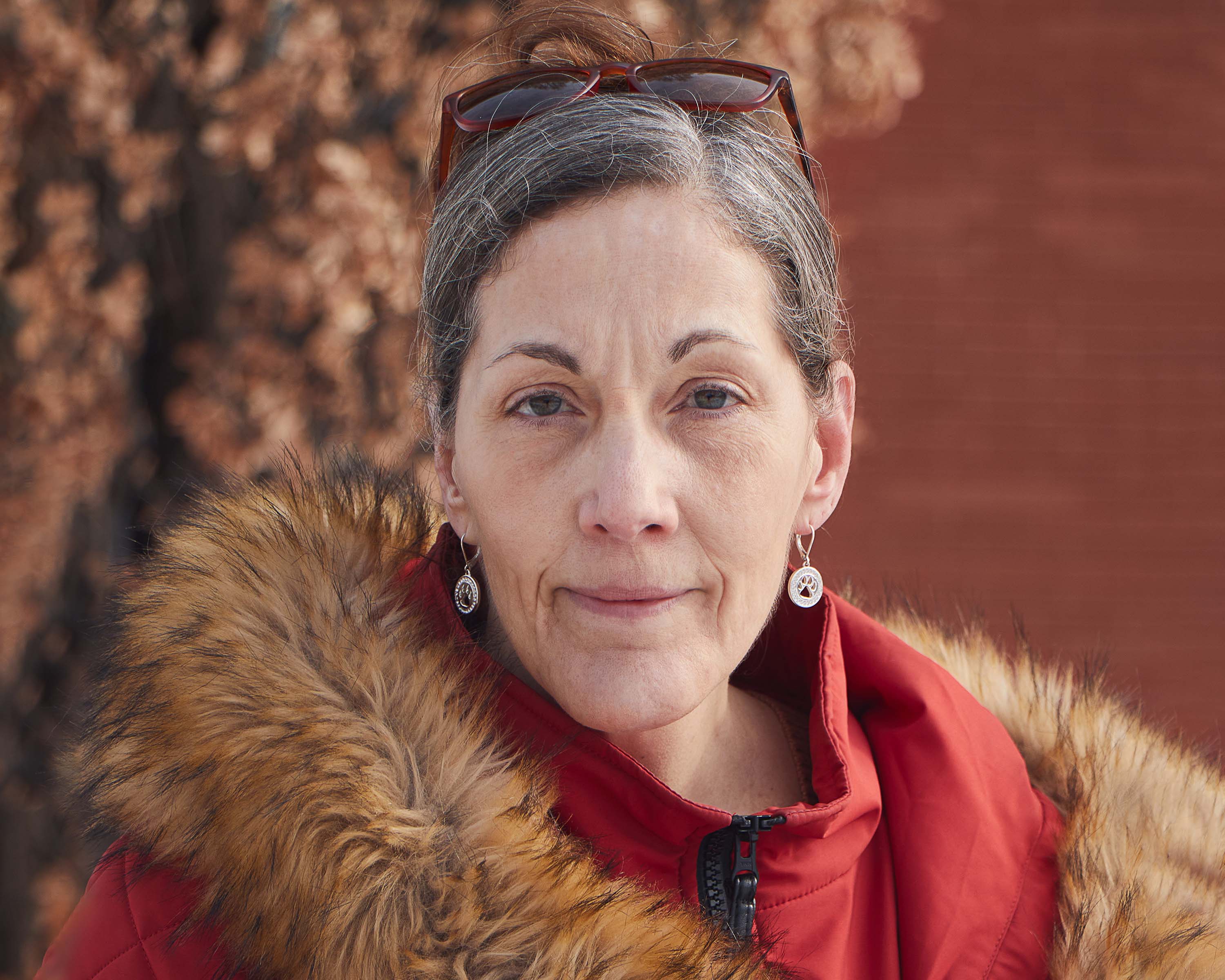 It’s taken me over two and a half years to get over the fact that I’m in my fifties now. It’s not a vanity thing, aging doesn’t frighten me. What frightens me is that I didn’t see the natural progression with my own eyes. I looked in the mirror and saw a twenty-year-old yesterday, and today I see a fifty-year-old.

It’s really quite alarming, not recognising the face looking back at you in the mirror.

I come from a really good background. Great parents. Great childhood. But knowing that and feeling that when you’re a kid are two different things. I never felt good inside myself, even though everything was hunky dory. I just really didn’t like me, and I assumed everyone else didn’t like me either, which wasn’t true.

I graduated from high school 36 years ago, in 1985. I suffered from drug addiction from that day forward, every day.

Drugs calmed my mind. I found that out at eleven when I started smoking cigarettes. It was that nicotine rush, you know. It progressed slowly at first, but once I hit cocaine at nineteen, I was gone. I would do anything you put in front of me.

I was able to concentrate when I was high. They didn’t diagnose ADHD back in the 70s, so drugs were the only thing I found that could calm down my mind. That may have been why I started, but I also liked being high.

Then it became this unbreakable cycle.

Once you’re in it, all you know is using, and getting money to use, and lying, and stealing, and cheating. I’ve been to jail. I have a criminal record that does not reflect who I am. I’m not a bad person, but I was doing bad things. I wasn’t very nice to myself, and in turn I hurt other people.

I couldn’t tell you any of this at the time. I know this now as a sober person; I’ve been sober three and a half years.

I’m getting my life together in my fifties and I’ve never been happier. I still get a little thrill every time I look in my fridge and see food in there! If you’ve never suffered from addiction, it sounds so ridiculous, but it’s those little things.

It’s pretty incredible the journey I’ve been on. I shouldn’t be here right now. Nobody thought that after 38 years of almost daily drug use, I’d be able to get clean. There’s like a 0.001% chance.

It wasn’t for a lack of trying. I’ve been to six treatment centres. Used the day I got out, every time. I think more addicts need help the day they leave treatment, not they day they come in. It was always the day I left I struggled the most. I function well under rigid structure, but imposing it on myself? Ha! Forget it.

It’s not like I felt good every day, but you just can’t stop. I can’t stop. I. Can’t. Stop. You do something long enough and it becomes natural, like breathing. Using crack was more normal to me than going to bed at night having eaten a meal.

I got offered this drug treatment program in Brampton, but I had to go to appointments pretty much five days a week. I looked at the girl beside me, this girl I used to use with, who was now working for this program, and I said, “I can’t go to all these appointments, I can barely brush my teeth.”

She said, “Well, that’s too bad then.” Believe it or not, she was right. You need to be willing to at least try.

I was willing to try.

I think I was in that program the longest out of anyone. They put up with me though, even after talking about kicking me out. We had urine screens twice a week; I never had a clean one the first eighteen months I was there. I just couldn’t do it.

But I was trying, and they saw I was trying. I did my community service, I went to all my appointments, I was honest and open with the therapist. I had no problem admitting that what I was doing was incorrect and that I wanted to stop. I just couldn’t stop.

I had a doctor tell me, “You might have undiagnosed ADHD. The fact that you can do crossword puzzles high on crack, makes me think for sure you’re ADHD.” I thought everybody did that, but apparently not!

He told me, “If you can get clean for six months, we’ll try you on the medication. But unless you do that, we can never try.”

That’s when I dug in my heels and I got six months under my belt.

I graduated from the program, which they never thought would happen. My doctor showed up to my graduation, along with my parents. Then I got my prescription for Vyvanse.

After starting on it, my life completely changed.

Sure, those six months I did on my own, but it was a lot of grabbing the edges of the couch and rocking back and forth, hoping nobody would come over, that nobody would call or I’d use. Starting that medication saved my life.

I’ve been sober ever since.

I’m glad my parents got to see me clean. If you have a parent who loves you, tell them how you’re feeling and ask for help. I wish I could have asked my mom how I could feel better, say “Mom, I don’t feel good, I’m afraid for myself.” Cause she would have done anything for me. Anything. But I didn’t know how to put it into words. I was so angry and confused and a teenager.

My mother and father would have laid down and died for me. I could have asked for help- but I didn’t know how.

I don’t mind being this 54, it’s just that I looked in the mirror and didn’t recognize my own face. I missed so much. I wasn’t present for 30 years.

‍I got through it by looking myself in the eye every morning, and you know what? I liked the person looking back at me in that mirror. I like her a lot. She buys groceries on a weekly basis! She just got a really good job offer from an old therapist to be a sober coach at a new clinic. She’s forgiven herself. She’s going to college for the first time because she doesn’t know what she wants to be when she grows up!

And if I can get clean, anyone can.