“If I can put two feet on the ground in the morning,
I can do something to change my situation.” 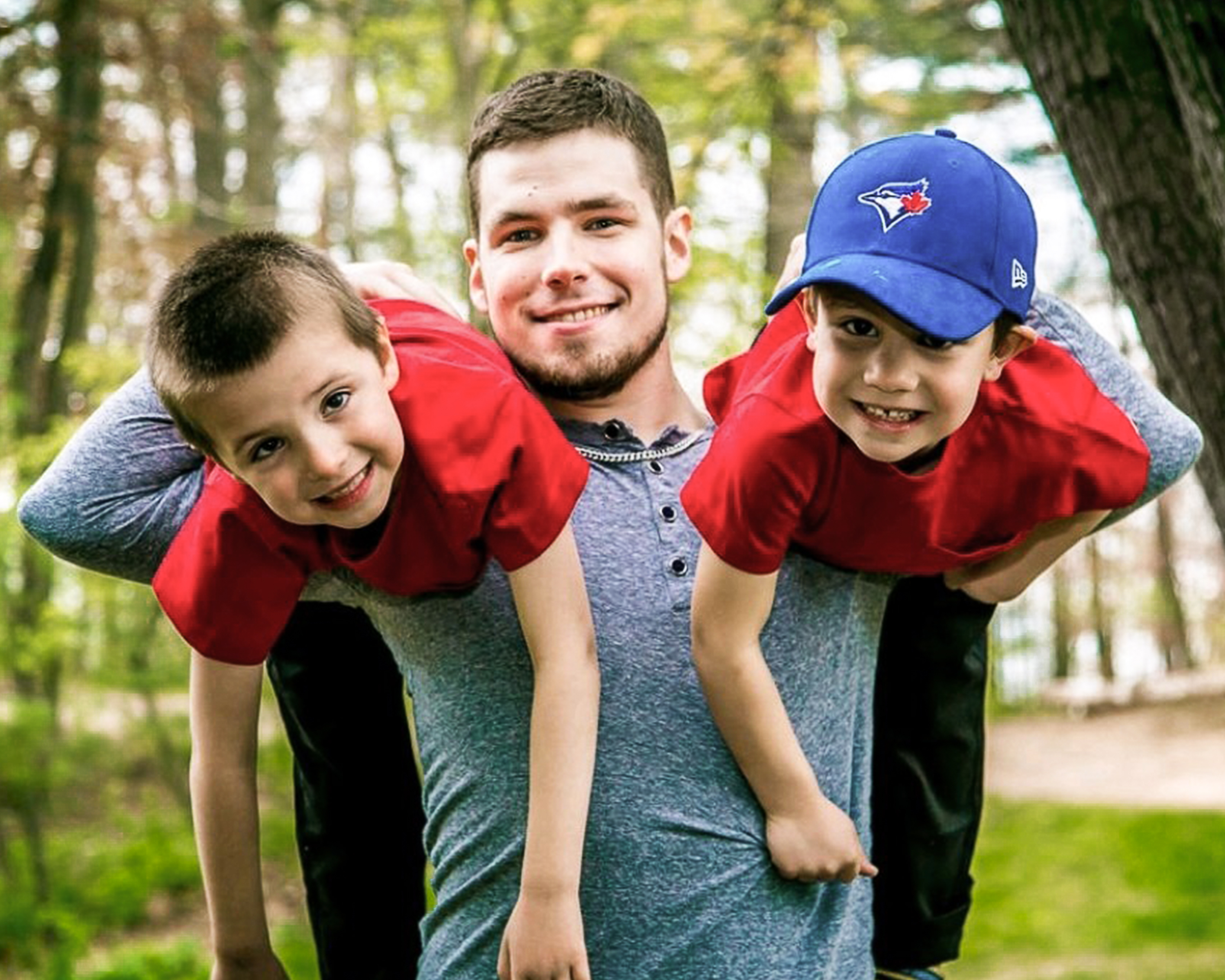 If you told me at the beginning of this journey that I’d be set to graduate with honours from Sheridan’s Social Service Worker program, I would have called you crazy.

I grew up in an abusive, broken home. My mom and step-dad were not supportive. They just wanted me to be a workhorse, and I am. I really am. I have this insane work ethic, but whenever I brought up the idea of going to school, they would always shoot me down. I was stuck in that toxic mentality of I can’t, I can’t because I spent so many years listening to people tell me I can’t.

I shouldn’t have made it to where I am today. But I’ve always had this mindset that if I can put two feet on the ground in the morning, I can do something to change my situation.

I grew up in some pretty rough areas between Burlington and Mississauga. There was a crack den three doors down from where I lived with my mom. A lot of gangs. A lot of drugs. I almost didn’t finish high school; I actually dropped out when I was 17.

I realize now I was also going through a lot of untreated mental health issues, depression, grief. A lot of my professors preach self-care, and I’m like “What the hell is that?” because I’ve always been that person who just grinds. I’m pretty beat up now at thirty, and it’s because I was so reckless in my teens and early twenties. There was a time when I was working three jobs just to pay for my apartment. It doesn’t help that I clocked a lot of sports injuries in high school. I had two knee surgeries before I was 18.

I had a pretty serious cocaine addiction from the age of 17 to Christmas 2010. That’s when I decided to get clean, to build myself back up. When I started fixing things, I realised my sports injuries from high school had resulted in three torn ligaments, but I had been drowning out the pain with cocaine, weed, painkillers, all of it. Once I started getting clean, I was like OW, and the doctors were like “Yeah, how have you been walking on this for two years?”

That’s also around that time I ended up homeless for four or five months.

When I was living with my dad, we lost the apartment in Mississauga. He sent me to live with my godfather, but I ended up hurting my back at a temp job. We got into an argument about it, and he kicked me out. I spent that night at my grandmother’s.

My grandmother and I never got along, so we sat down and had a conversation.

I said, “Hey, this is a big city. If I’m going to survive, I need to go back to Burlington. All I’m asking for is ten bucks for the train and a ride to the GO station, that’s it. You give me that, and we’re cool.”

She said, “You can stay here.”

But I said, “Look, with all due respect, we’ve never gotten along, and I don’t see that changing.”

It was literally the best conversation I ever had with my grandmother because it was honest. I was 18, and she didn’t look at me like I was a child anymore.

So, in 2010, I came back to Burlington. It was trying to find shelters. It was realizing everything was full. Through my research for school I’ve discovered that even now, twelve years later, there are still zero men’s shelters in Burlington, Oakville, or Milton. Zero. There are tons of family shelters and women’s shelters, as there should be, but zero for men.

That five months I spent on the street, I would couch surf here and there, I’d eat maybe three times a week —I lost 80lbs. I spent most of my time downtown. There was an empty space up above some office buildings. It was first-come-first-served because there was only so much space, but it was a warm place to sleep. When that was full, there was a big parking structure that had just opened up; I slept in the stairwell there a couple times.

Some things you just have to outlast.

I worked as a bouncer for a while. That’s actually how I met my wife. My main bar was Solid Gold, a strip club in Aldershot. I was getting into some fights with some pretty nasty people; my wife is the one who really pushed me out of there saying “You can’t be doing this anymore. You’re going to get hurt.”

I credit her 1000% with helping me turn my life around. I went back to working in factories, but if I hadn’t done that, if I hadn’t met her, I think I would have been dead by the end of 2015. That’s how bad it was getting.

The volatility of the restaurant industry is one reason I decided to go back to school, but another is that the pandemic gave me a whole new appreciation for the life I had at home. The pandemic actually saved our marriage. We were fighting a lot before it hit, and then we finally, finally got that time to spend together and work it out.

When I told my boss I was leaving to go back to school, I told him, “I’ve been in this business ten years. I’ve watched numerous people throw their lives away, throw their families away, for a job that will never love them back. I don’t want to be one of those people.”

I’m not settling for anything anymore. I know what I’m worth. Once I apply myself, it’s insane what I’m capable of.

I’m still waiting on my application to York University for their Concurrent Education Program. I want to use social work as a foundation to help kids through teaching.

It’s about unlocking potential —that’s what I’m most excited to do as a teacher. Finding those kids who are like me, struggling in school because maybe the content isn’t challenging enough for them or they have things going on at home, and unlocking their potential. I never really had anyone do that for me. But if I can do that for someone else, that makes this whole journey, all the bullshit I’ve been through in the first 30 years of my life, worth it.

My end goal is just to help kids succeed. If I can do that, I’ll be the happiest guy on planet Earth.

(Interviewed and written by Eugenie Szwalek; photo provided by the interviewee)
Last StoryBack to Map Next Story