“The teacher came in and said
we were writing fan letters to stars.” 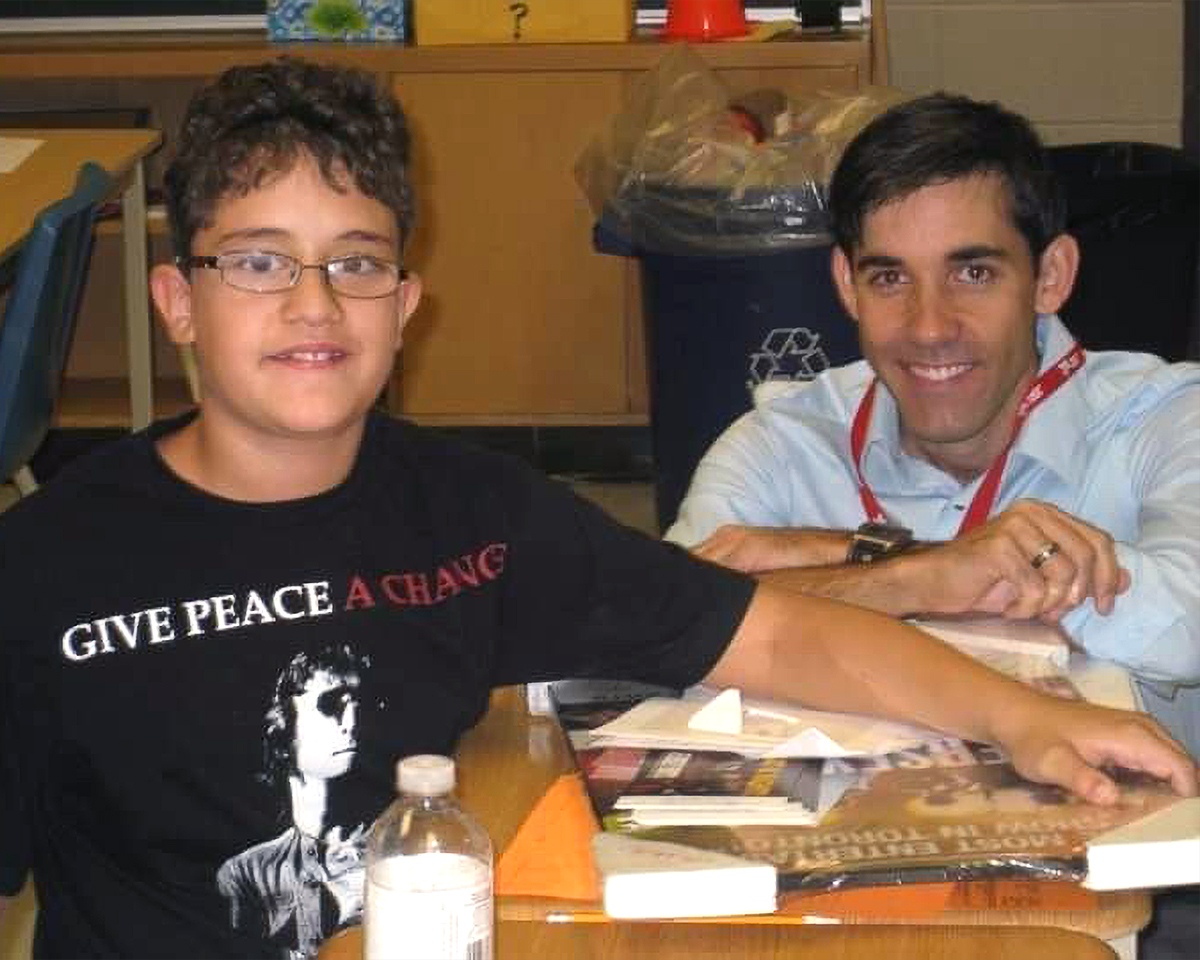 I was born 24 years ago with a disease called Hirschsprung’s Disease – a bowel disorder. After a number of tests and lots of excruciating pain, I had to have a colostomy at four weeks old. Once I came home, my parents realized that I wasn’t hitting my developmental milestones. For example, I did not sit up until I was 10 months, and I did not walk completely on my own until 21 months. At four years old, my parents discovered that I had sensory issues, which means that some textures and loud sounds bothered me. I only slept with really soft blankets. I was diagnosed with sensory integration disorder and ADHD, but my parents knew there was more. At seven years old I was diagnosed with Tourette’s Syndrome and on the Autism spectrum.

I got bullied a lot because of my disabilities. I got sent to the office a lot at school because my teachers felt that I was giving them attitude. Imagine that - I felt like I was going to court. My saving grace came in grade 7. The story goes like this:

I was moved to a new school to be in a special education class. It was the first week of school, and the teacher came in and said we were writing fan letters to stars. She had a list of TV stars to write to, but I didn’t want to send a letter to any of them. I wanted to write to a real actor. I decided to write to the actor who played Frankie Valli in the performance of Jersey Boys, Jeff Madden. It was a simple one-page letter.

“Someone from Jersey Boys is here to see you,” he said. I immediately knew it was Jeff Madden. It turns out they got a call from him, saying, “Hi, this is Jeff Madden from the Jersey Boys. May I come in and visit Matteo Esposito?”

I walked back to the classroom, but I didn’t even want to go in. Jeff came out and he greeted me. He’s a really sweet guy – he brought me a card, a poster of the show signed by the cast for the class, and backstage passes. The most important thing for me was the card. It said, “Believe in yourself and there’s nothing you can’t do.” Those were the words that the real Frankie Valli had told Jeff. Every time I read the card, I cry.

My dream is to go to New York City and work in the theatre on Broadway. I always remember Jeff’s words to believe in myself to help keep me going. He’s responsible for me ending up at Sheridan and my dreams.

I remember I had asked him one of the times we met up again, “Why did you come visit me?” I’ll never forget what he said.  “It felt like the right thing to do.”

(Interviewed and written by Hazel Mekkattukulam; photo provided by the interviewee)
Last StoryBack to Map Next Story