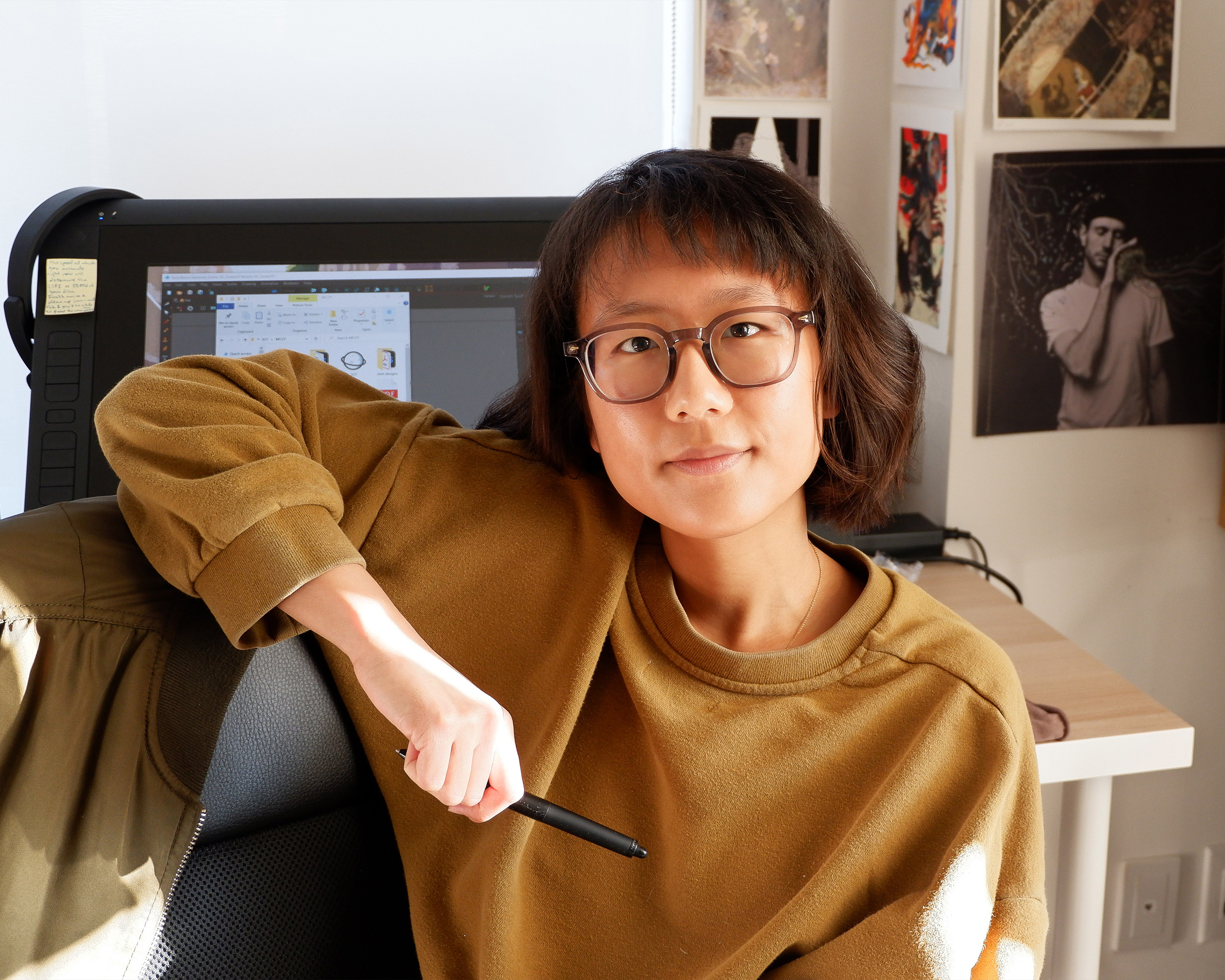 I came to Sheridan because of social media. It has been such a huge influence. I follow a lot of artists online, including this one girl in particular who’s very talented. When I found out she went to Sheridan I made my decision to apply.

I want to do concept art, also known as visual development, or environmental design and painting. I think it’s hard to grasp that there’s a whole pipeline behind animation, a bunch of steps and processes that go on behind the scenes. As viewers, it’s easy to accept the final product without thinking much about what came before it.

A lot of the stuff produced while a project is in the works is very experimental, illustrative and unfinished-looking. It’s very different from the finished product. The art that goes into a project like a movie is often more beautiful than the movie itself.

Social media really opened my eyes to the fact that there are jobs for this, for designing all of the characters, environments, props, lighting and colour.

Deciding to go into art professionally was one of the biggest challenges I’ve faced.

I grew up in China from the age of eight to sixteen. It’s kind of unusual to live in Canada for eight years, then go to China for eight years, then come back to Canada again. We moved because of my parents’ jobs, but also because they wanted me to learn Chinese but go to college in Canada. It would have been too huge of a shift to come back once I was eighteen. It was much better to have those two years of high school to transition.

In local Chinese schools, drawing is not encouraged. There’s much more of an emphasis on STEM fields. Creative fields aren’t as respected or valued.

I didn’t get serious about art until I moved back here when I was sixteen.

I went to an international school the last two years I was in China, but I didn’t have a VPN. We couldn’t even use Google —we used Yahoo or Bing instead. When I came back to Canada, I saw all the art people posted on Instagram and Facebook —everything that was blocked in China— and I realized there was actually an entertainment industry. It was a life changing discovery.

One of the first things I did when I came here was set up a DeviantArt account. Sharing my art for the first time was really fun and being able to see other peoples’ art was very inspiring.

I’m grateful I transferred into an art high school and out of the STEM high school I was initially in when I returned to Canada.

My mom was the one who really pushed me to switch schools. When I first asked the art high school if I could switch there, I was actually three months behind —they wanted you to apply by December the year before but I hadn’t even realised I wanted to switch by then— so they said no. What my mom did for me, which was actually really amazing, was that she drove me to the school and sat in the office with me until someone would speak to us. We did that multiple times, and I eventually got in.

When I was still in my STEM high school, I thought I would go into business or economics, maybe even computer science. Those all have career statistics you can look up. I had no idea how to research animation statistics like how many people graduated, what people got paid, how many jobs there were in the field.

Without those statistics to give me confidence, jumping into art was really a leap of faith. 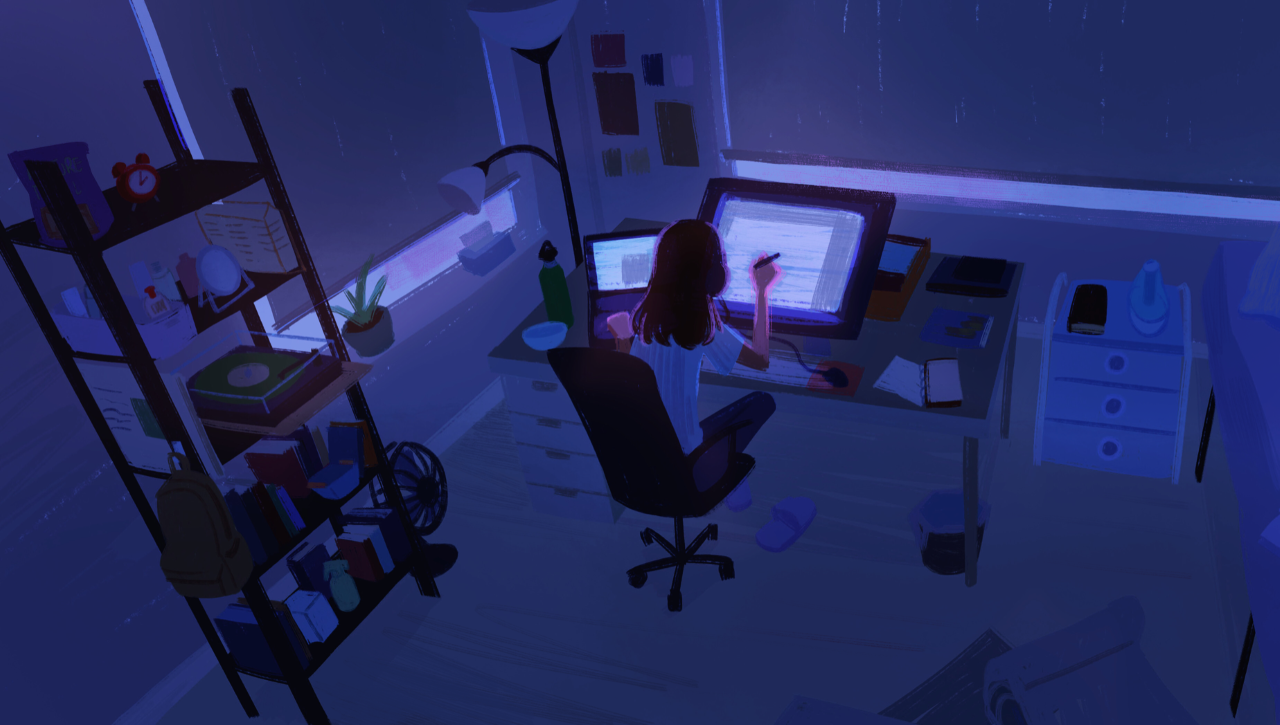 I’m in fourth year of the animation program now. I thought I would be a better artist at this point, honestly.

At first, I had really huge ambitions, like getting that Disney internship in third year, but I still found unexpected joy and challenge in where I did end up. The Co-op I did get was with a small mobile gaming company in Finland doing concept art.
‍
Smaller companies tend to care more about the individual and value your input more. Overall, it was really rewarding. Everyone was super kind and supportive and the company is still hiring me for freelance work even though my Co-op is over.

The whole experience has been kind of a reassessment of what I previously considered to be success.

I’m glad my mom pushed me to go to the art high school. Subconsciously, I think we all know what we really want to do. Sometimes we just need someone in our life to give us that extra ounce of courage to take the leap.

(Interviewed and written by Eugénie Szwalek; photo by Nolan Brinson; artwork by the interviewee)
Last StoryBack to Map Next Story