“Going to college blew my mind.” 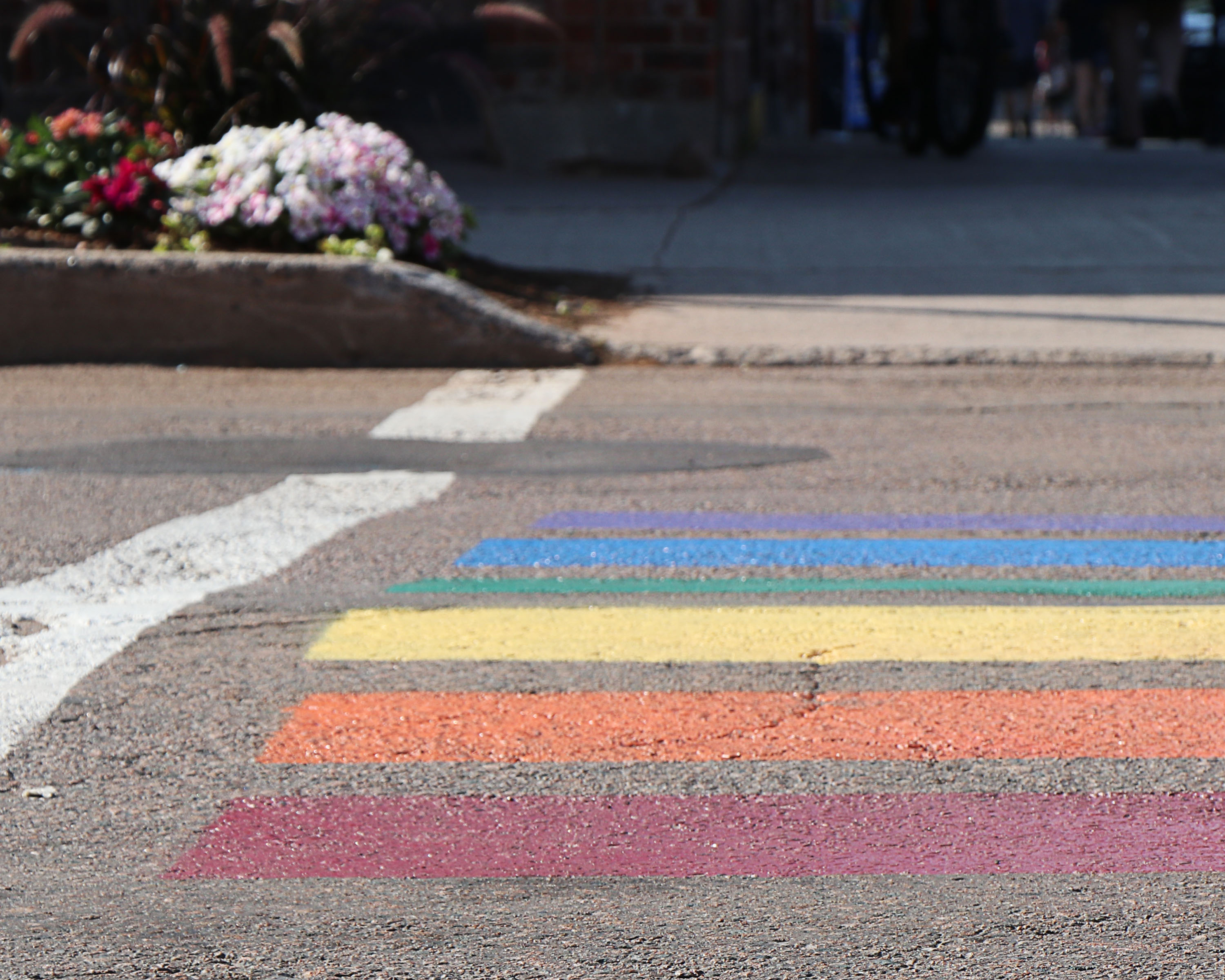 I’m originally from Victoria, B.C. on Vancouver Island. It is very beautiful there. But I grew up in the country and I found it to be really a lonely place.

For me, there were two layers of insularity. One was rural: I grew up in the woods. But also my parents are Protestant Christians, so they sent us to a tiny private Christian school. It was very conservative, homophobic, racist, sexist—all the “isms” were alive and well. Very classist, too.

After high school, I knew I had to do something, but I didn’t know what an undergraduate was. My dad talked me into it—he said, you have to get an education. He must have suspected that I could make something of myself in college.

So he took me in person to the local college, and we got the paper to fill out the application. The fact that he had to physically take me there is something. I was too scared. The whole thing was mystifying and strange. He didn’t do it for my brothers. Maybe they didn’t need the same hand holding.

But my dad didn’t know anything about college—he didn’t finish high school. He even paid for my first semester, which was a big deal. Not that he didn’t have the money, but my dad grew up working-class—you pay your own way.

I was nervous. I was never academic. I was only good at English because I read. I felt for years that I didn’t fit in, that I was an imposter.

Going to college blew my mind. I just took general courses—anything with “-ology” at the end. I was that kid writing notes at the front of the class. Anthropology, psychology, sociology--they were so eye-opening. It just resonated for me. “Racism is something that is constructed.” That makes sense!  That experience in college was transformative, for sure. The teachers were great.

I learned that poor people were not poor because they were lazy. My parents had worked to make their middle-class existence. Suddenly, their perspectives made more sense to me.

I remember being a kid and my mom listening to a Christian radio show, and there was a guy who used to cast out demons—that was juicy. My mom denies it, but I remember it very well. Demons were cast out in the radio show! Coming from that to college—of course the college was appealing. You have facts? I’m interested.

Later, I transferred to University of Victoria. I had a friend who lived in Toronto, and I was desperate to go to the big city. My friend said, come to Toronto for the summer and work in my boyfriend’s restaurant. So, I did that. The restaurant was Squirly’s on Queen West, and I was delighted.

Some of my dearest friends are from this time. They’re the people in your life you look up to; they inspire you. I had a friend who worked at Squirly’s and she was very patient with me. I was listening to Ani DiFranco, and she forgave me for that. She could have totally made fun of me, but no. She put on Dolly Parton, and gently took me by the hand, and told me there was a whole world to learn about. A whole world I would have dismissed, I think.   The next summer, the boyfriend moved to working at Zelda’s in the gay village at Church and Wellesley. On Saturdays the entire staff dressed in drag. People were kind and celebratory –like, we’re out and we’re each other’s family, and we’re going to have a good time. People often thought that I was a man in drag. Which I loved! I had obnoxious orange spiky hair, dressed in 80s clothes, and they were like, who are you? They understood that I came from a small town and needed to get out.

For three summers, I worked and hung out in Toronto, ostensibly to save money. Of course I did not! They were amazing summers. I was just this small-town girl raised by small-town hicks. I could not believe how many cool humans there were! It was Queen West in 2000. All these artists and musicians. I was beside myself.

It sounds cliché to say, but I liked the diversity. All the variations of humans. There were gay people and non-white people and people who weren’t Christian. And they were so welcoming to me, too.