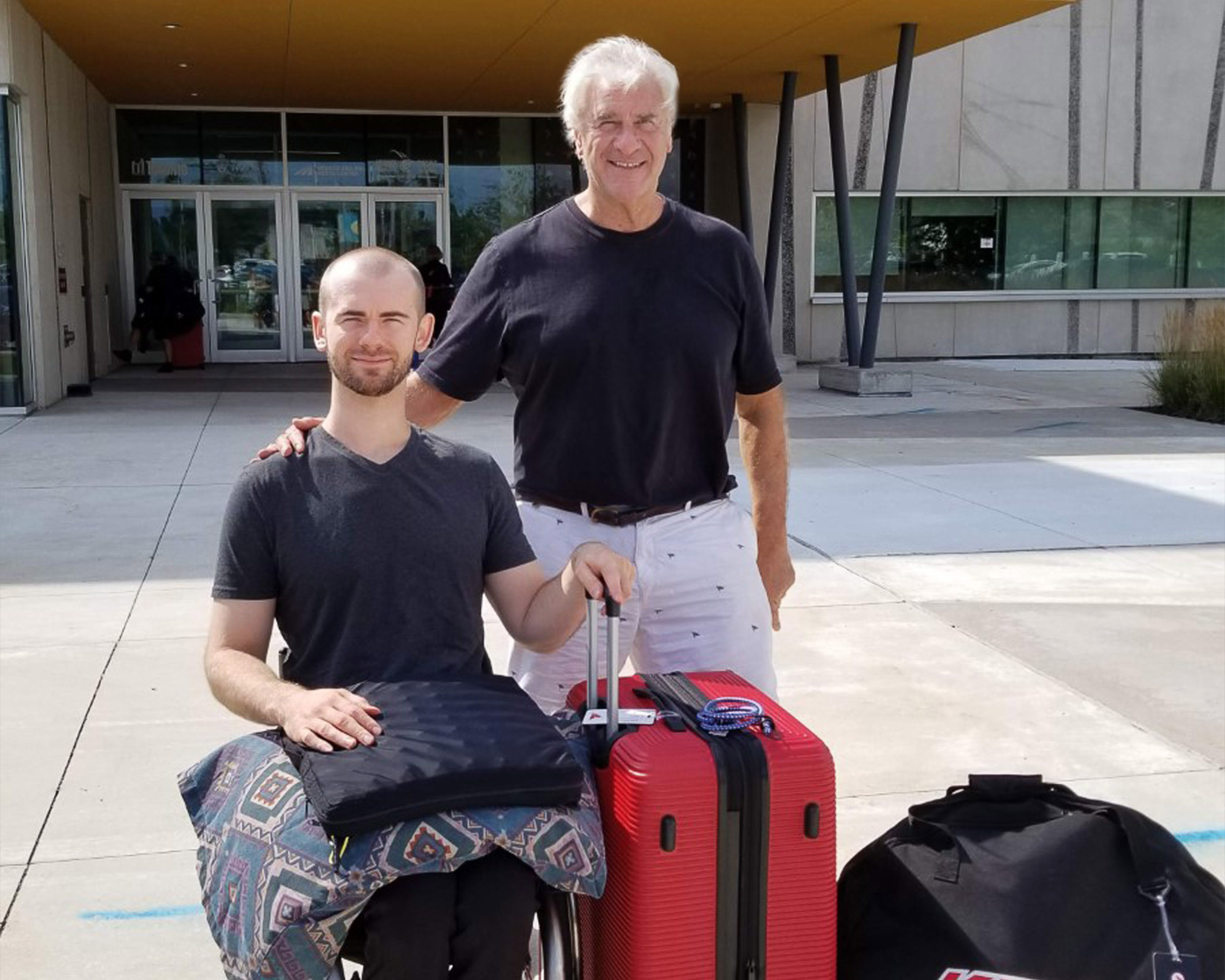 I had a gall bladder attack back in 2003. It was during SARS, so no one could come visit me in the hospital except my wife. One of my best friends, Stuart Miller, didn’t live far, so he would often drop off the Globe and Mail for me. It was on the back of one of those papers that I saw a job description that, in my delusional state, I thought said: “We’re looking for Mark Melymick!”

I thought, very melodramatically, “If I get out of here alive, I’m going to apply for this job.”

That’s how I came to be the Coordinator for the Performing Arts Preparation Program at Sheridan College. It was a new program and I helped to set it up. The Dean then, Mike Collins, basically told me, “Here’s what we have, now make it your own.”

Teaching has always been my first passion, and theatre a close second. I graduated from university with my Bachelor of Education in 1981 and got my first teaching job a couple days later at the Saskatoon Business College. I taught high school English in Saskatoon for a couple years while also acting professionally at the 25th Theatre, before eventually deciding to continue my education by pursuing my MFA at Brooklyn College. While in New York I was also one of three Canadians cast in the renowned production “The Ecstasy of Rita Joe.”

When I returned to Canada, I became the head of the Theatre Department at White Oaks, in Halton, for fifteen years. At the same time, I was also acting professionally for television and film, including reoccurring roles in Due South and Flash Forward, while also having three of my own plays produced.

My philosophy on creativity revolves around the importance of thinking outside the box. In the TEDx lecture I was asked to present as a Sheridan professor, I emphasized how creative research is needed everywhere, in all the disciplines of life.

I ended up taking a break from performing in order to concentrate on developing the Performing Art Preparation Program here at Sheridan. I haven’t acted for years, but my sons have been encouraging me to get back into it.

Being a Program Coordinator wasn’t the only thing that impacted the time I had to audition and act. Six years ago, my youngest son, Lee, was in a workplace accident at a summer job. He fell from a ladder, and became paralyzed from the waist down.

It was devastating for all of us. He was in the hospital for months. Dealing with the hospital was challenging. There were so many issues, there were mistakes. We had to fight for so much. Lee had to suffer waiting six days for a spinal cord surgery he needed right away.

I think they thought he was going to die.

We were beside ourselves waiting and waiting for this surgery that kept getting delayed. When it finally did happen, they made mistakes. They had to do it again. My wife had to leave her job as a teacher to become his primary caregiver. His older brother, Luke, was also an integral part in Lee’s recovery.

That fall after the accident, when I returned to Sheridan, I had a really hard time –I broke down. It was really difficult for me to face my students. They were all around Lee’s age at the time. I’m grateful for the support I received from faculty and the Dean, and I was able to work with a reduced load.

The following year we made an appointment in Germany with a hospital specialising in spinal cord surgeries. The doctors there confirmed that the hardware to reconnect Lee’s spine had been put in incorrectly, and that it had to come out. After he had it removed, he started having less pain. He started to feel stronger.

This past summer he was on the starting line for the Canadian National Wheelchair Basketball team at the Paralympic Games in Tokyo. This year, Lee was offered a wheelchair basketball scholarship at the University of Missouri. He’s going to finish his Chemical Engineering degree down there while playing wheelchair basketball for the Mizzou Tigers.

Both my boys are my heroes.