“For a while, I didn’t actually think
post-secondary was an option for me.” 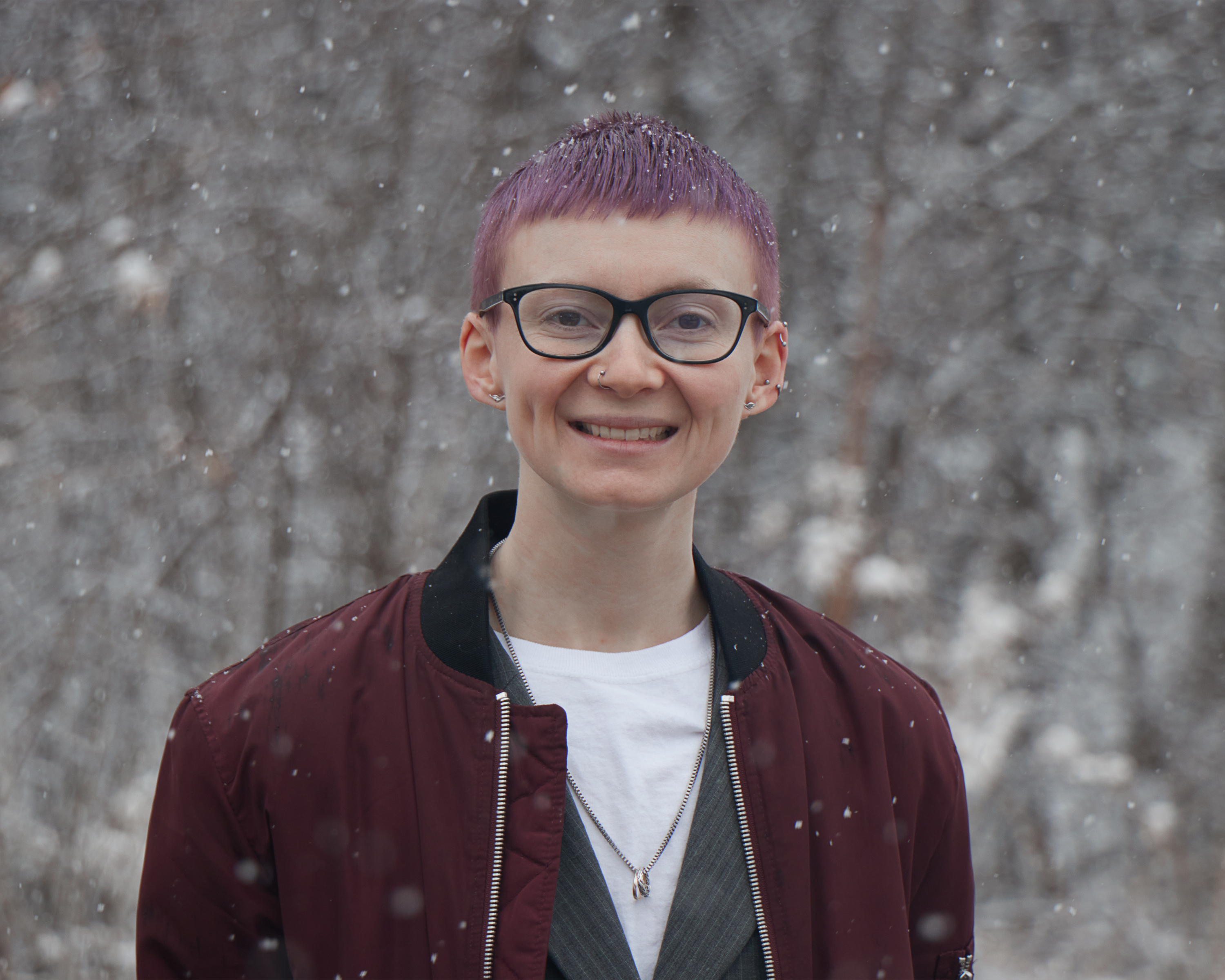 It was starting to look like I would be the only person in my family who wouldn’t get a post-secondary education. Even though I thought it was important, even though it was a mark of success in my family, for a while I didn’t actually think post-secondary was an option for me.

I applied to journalism programs right out of high school and ended up accepting Ryerson’s offer. I had been paired up with my roommate and was getting to know them, I was excited about living in res because my girlfriend at the time was also moving to Toronto, but I was incredibly disorganised. I ended up missing the tuition deadline.

I went from getting early acceptance to being waitlisted. It was pretty devastating.

So, I didn’t end up going to school that year. That turned out okay because I started to realise, maybe I don’t want to tell other people’s stories. That kind of pressure, it’s a level of stress I’m not interested in. Missing my tuition deadline also led me to my next mistake, which was going to Mac for English

In 2016, I went to McMaster University for a total of three months before I was lucky enough to have a retroactive medical withdrawal.

I stopped answering my phone. I went to bed at 8am and woke up at 9pm. I read an entire book in one night because we were discussing it in class the next day, but then I slept through the lecture. I couldn’t get any of it right.

I got to a pretty dark place. It was bad, and I was really scared to tell my parents.

I didn’t know what I needed. I was struggling but I couldn’t even explain why I was struggling. I felt like a huge failure. I genuinely thought that that was the end of my academic career.

After withdrawing from university, I thought, I’m going to make it in retail. For the next few years, I worked several retail jobs, but I could never stay in any of them. For one, I hated the work, and two, I started to realise that all I was qualified to do was get harassed by people who didn’t respect me

I was so done with it, so I started looking into programs again. That’s when I found Creative Writing & Publishing at Sheridan. It wasn’t available when I had first looked into post-secondary education. Failing at the other two schools allowed me to find this program.

I really had to do some convincing with my family to get them to see this as a responsible choice. They don’t value creative fields as much as other fields. I know a lot of it is based in a concern that I won’t be able to support myself, but it can still be frustrating. It can feel like they don’t have faith in me.

While it may not seem like the most lucrative career path for most, it’s a lot more accessible for me. I can sit down, I can create my own schedule, I can control my environment. This career is honestly my most realistic chance at supporting myself, and it’s that chance at success, that opportunity to legitimately support myself, that makes it a financially sound decision. It’s realistic for me.

Before I started school at Sheridan, I had a neuropsychological evaluation done; it was finally discovered I have ADHD, a processing disorder, and poor working memory, on top of ongoing and long-term mental health issues. The psychologist me figure out what didn’t work for me in the past, and what kinds of things I needed to support myself in the present. They were really great at making sure I had an understanding of why these accommodations were necessary for me.

I was so scared of having a repeat of Mac that I advocated the shit out of myself.

I took the bus route the week before school started. I found all my classes and walked to them several times. I made appointments Accessible Learning to ensure my accommodations were in place. I sat down with someone who showed me how to organize my computer, how to organize my time, how to use the online portal.

I make a point of reaching out before an issue became something I need to resolve. Instead of thinking, “Oh, maybe it will be fine,” I trust myself. When I feel like my mental health or other things in my life are starting to impact me, I try to get ahead of it. I pre-emptively set up supports so that when it gets hard, I am better equipped to handle those situations.

I’m taking a reduced course load now, but it’s hard sometimes not to feel bad about that. It can be hard to accept that this is what’s best for my success and my well-being when it doesn’t look the same as everyone else’s success.

Acknowledging that my mental health is worth investing in is my biggest accomplishment. I can’t reach my goals if I don’t put in the time to take care of myself. My mind will shut down, and that’s not an option anymore. I’ve taken that card off the table.

It shocks me, the success that I’ve had a Sheridan vs. Mac. I’m a completely different person, in every way. I’m putting in the work, every single day, to give myself the best chance at happiness. I’m learning how to persist.