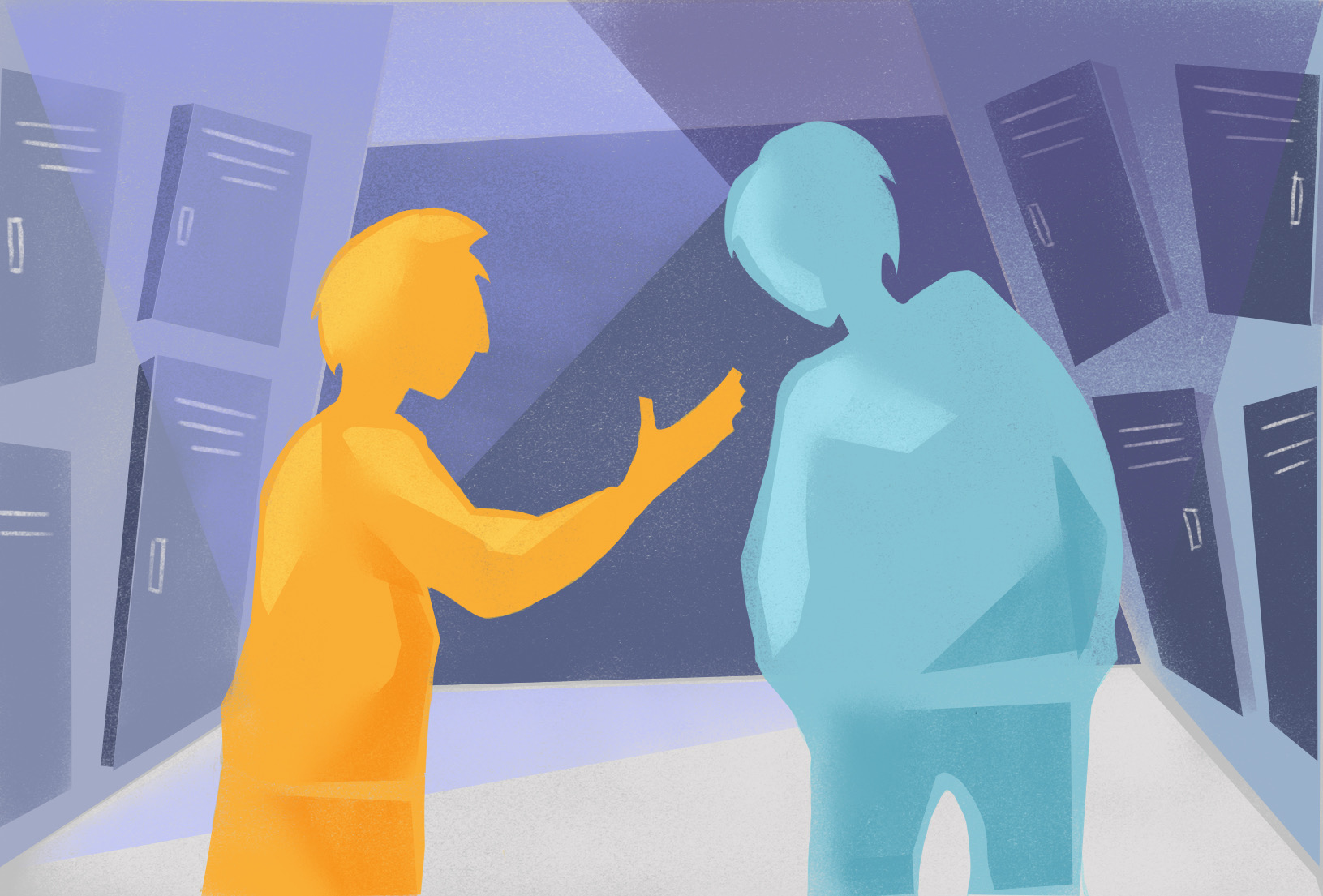 “I don’t even want to be yellow.”
When I was fourteen, I moved from China to Winnipeg for high school, the worst part of Canada you can be in. I was a young, naive kid who looked like an average fourteen-year-old.

As an adult, I still love making friends and will jump into a conversation with a group of Canadians using whatever grammar I have. This attitude helped me make some friends in high school, but not always. At my school, there was a group of bad boys who loved to pick on Asians. They were tall, muscular football players who threw basketballs at my face in gym class and threatened me physically. It got to the point where I thought to myself, “I don’t even want to be yellow.”

One time in grade eleven, I made my teacher and Vice Principal cry.

I was outside of shop class talking to a group of people. For some reason, I grabbed one guy by the backpack and pulled him when we were talking. That guy was a friend of one of the troublemakers at school. His troublemaker friend saw me, pushed me into the shop room and tried to beat me up. Eventually, the shop teacher ran in and broke everything up. When he asked what the hell was going on, the guy who tried to hit me said, “This Chinese guy assaulted my friend.”

I stood up for myself and ran to the Principal's office. I went to see the Vice Principal that was nice to international students and explained everything to her. She asked me if I wanted to call the kid to the office and talk to him. He said that I was kicking his friend in the head and assaulting him. Of course, I denied everything. I didn’t even know the guy. Since there was no clear motive or evidence, the Vice Principal just let the guy who framed me walk away. I had never cried that hard in my life. At that point, the Vice Principal called Mr. Hudson in.

Mr. Hudson was like a father figure to me. He was the Coordinator for all the international students. He was seven feet tall with a great mustache, and was strong like a bear. Whenever I was discriminated against, he was always by my side.

In the office that day, my whole body was shaking and I couldn’t feel my hands or my head. Mr. Hudson reassured me that he knew it wasn't me, that I would never do that. Once I calmed down, I asked the Vice Principal to call the guy back to the office. Both Mr. Hudson and the Vice Principal were scared about what I was going to do because whatever happened would be on their asses.

They called the guy over and to this day, I still can’t believe what I did. I stood up, shook his hand and said, “I’m sorry for what happened.”  All of them were shocked. The Vice Principal started crying. She told me she had a son my age and I reminded her of him. Mr. Hudson was still looking like a bear, but he had tears in his eyes. He was proud. I was proud.